Ghana Police Service is Committed to its Collaboration with UCC-IGP

Ghana Police Service is Committed to its Collaboration with UCC-IGP

The Inspector-General of Police (IGP), Mr. James Oppong-Boanuh has reaffirmed the Ghana Police Administration’s commitment to its collaboration with the University to train highly skilled police officers in specialised fields of police operations.

Mr. Oppong-Boanuh said it was for this reason that the Ghana Police Service signed a Memorandum of Understanding (MoU) with UCC to begin the training of detectives in July 2020.

The IGP made these statements during a meeting with a delegation from the University at the Ghana Police Headquarters, Accra, to fashion out modalities for the commencement of a Certificate Programme in Detective Training.

He said the Police Administration was not only interested in the training of detectives but other specialised units of the Service. He noted that the Ghana Police Service had different training schools with unique specialties and therefore, collaborating with UCC to train police officers to become specialists at the highest levels was extremely important. “A well-trained police officer with a degree will definitely perform better than his counterparts with lower qualification,” he stressed.

The IGP noted that it was important to take steps to realise this noble idea of enhancing the capacity of personnel of the Ghana Police Service by implementing the terms of the MoU which was signed in July 2020. He indicated that every modern institution depended on capacity building and therefore, the Police Service could not be left out. He noted that the training programme would boost the confidence and professionalism of personnel to perform their duties effectively.

Mr. Oppong-Boanuh described the meeting as very historic since it would pave the way for the commencement of the long envisaged training programmes that would contribute towards raising the image of the Ghana Police Service to a higher level at the national and international levels. 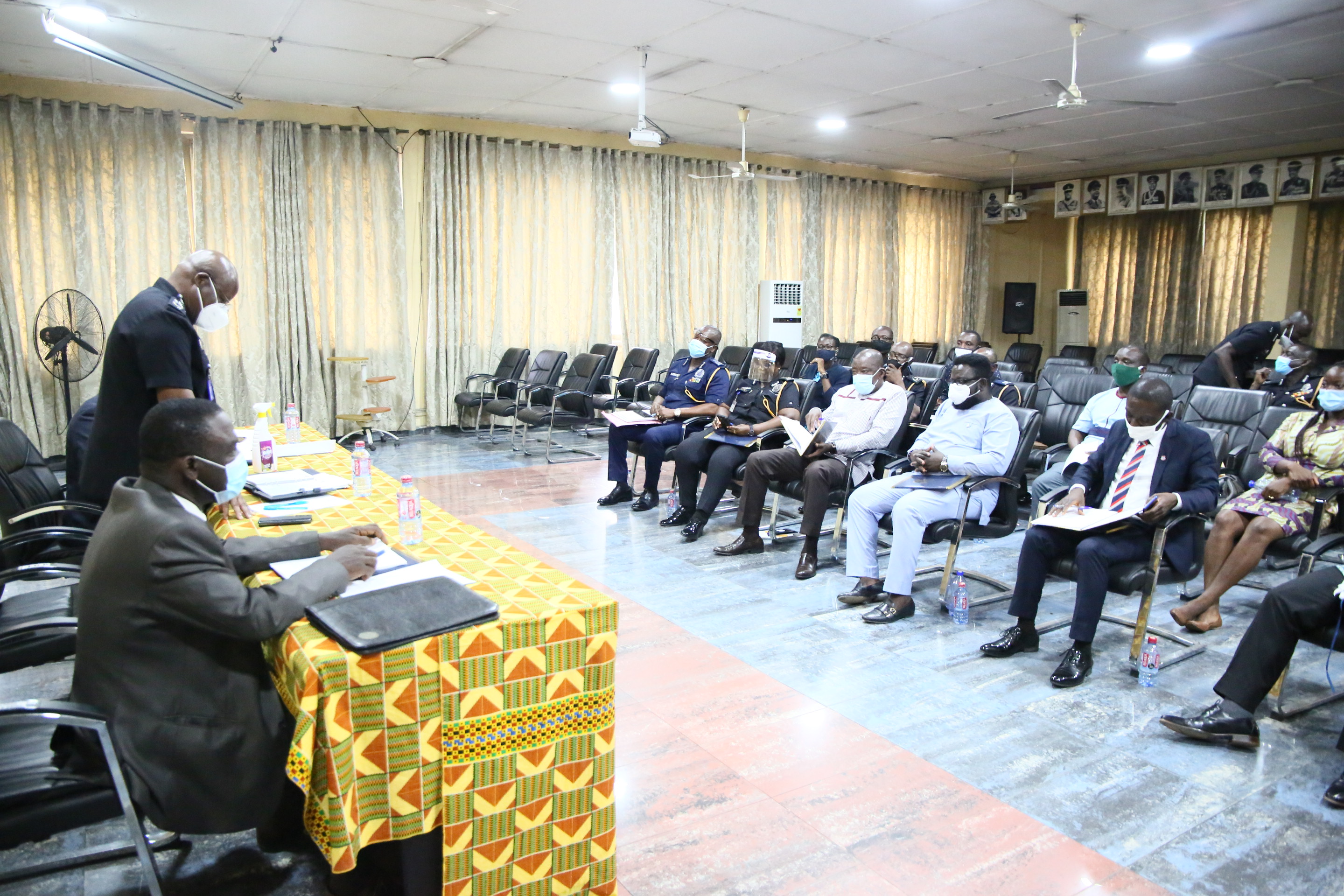 Responding, the Chairman of the Committee on Institutional Affiliation, Prof. Edward Marfo-Yiadom, on behalf of the Vice-Chancellor, stated that one of the core values of UCC was engagement. He explained that the University had carried out various forms of engagement activities with stakeholders as part of its mandate to address both national and international needs.
“Our mandate is to find solutions to issues confronting society through teaching, research and outreach services so this collaboration fits perfectly in what we seek to achieve together,” he noted.

Making a presentation of the curriculum of the Certificate Programme in Detective Training at the meeting, the Head of Department of Forensic Sciences, Dr. Richmond Afoakwah, explained that it covered all the essential courses which would equip the officers to boost their skills in conducting criminal investigation and by so doing minimise crime.

The Provost of the College of Agriculture and Natural Sciences, Prof. Moses Jojo Eghan, gave the assurance that the University would do its part to enhance the training of police personnel. He was optimistic that the collaboration would contribute towards repositioning the Police Service as one of the best in Africa and the world.

On the affiliation of other police institutions, it was agreed at the meeting that a committee with members from the Ghana Police Service and UCC should be formed to identify modalities for the affiliation.