Political parties in the country have pledged to channel more resources towards revamping the fisheries and coastal sectors of the Ghanaian economy when voted into government in the 2020 elections.

This commitment was expressed during the maiden town hall engagement organised by UCC through the Centre for Coast Management  (CCM).

In his welcome address, the Vice-Chancellor, Prof. Johnson Nyarko Boampong, noted that UCC as a seafront University was committed to the progress and improvement in the fisheries and coastal sectors which were confronted with setbacks. He indicated that UCC believed that through strong partnership and committed leadership, Ghana’s fisheries problems could be solved.  He added that despite these challenges, “We can also reverse the declining trend in fish catches, improve nutrition and livelihood; ensure food security, reduce health challenges and the threat to maritime security”. 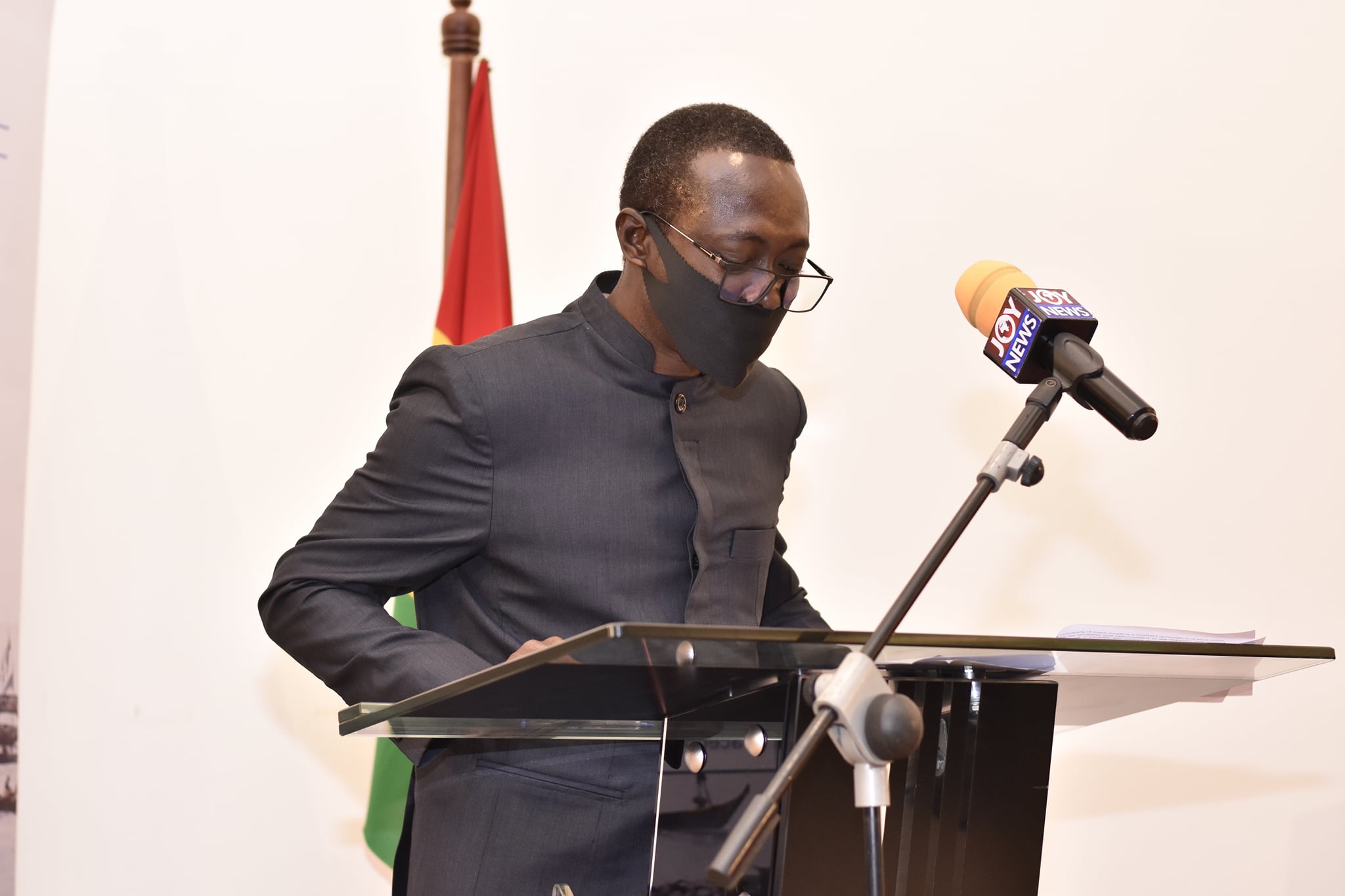 In order to derive benefits from the investment made by the Government of Ghana and development partners, Prof. Boampong recommended that there was the need to take short- and long-term management actions outlined in Ghana’s National Fisheries Management Plan. He further called for greater stakeholder involvement in decision making to increase compliance with fisheries regulations.

The Vice-Chancellor said UCC through the Centre for Coastal Management and Department of Fisheries and Aquatic Science (DFAS) had assisted to foster appropriate collaborative arrangements with relevant professional training in applied research and proactive engagement with coastal communities. “CCM in conjunction with DFAS has supported the development of the fisheries sector strategies through annual conferences, stakeholder workshops and capacity building of students at the undergraduate and postgraduate levels,” he announced. In addition, the Vice-Chancellor reported that UCC through CCM had trained and provided technical and logistical support to the Ministries of Fisheries and Aquaculture Development, Fisheries Enforcement Unit, Marine Police and District Assemblies among others.

The Vice-Chancellor was of the firm belief that ideas shared during the programme would assist in making concrete effort and practical progress towards rebuilding Ghana’s fish stocks adding “UCC is proud to partner stakeholders in the effort to build strong governance and enhance growth”.

On his part, the Director of CCM, Prof. Denis W. Aheto, noted that the upcoming national elections offered an opportunity to highlight the challenges facing the fisheries and coastal sectors hence, the introduction of the Town Hall Engagement with the political parties to share their manifesto promises to tackle the challenges confronting the fisheries and coastal sectors. Prof. Aheto stressed on the need to advocate high-level political commitment to reform the sectors to grow. According to him, the growth should positively affect the economy, increase production, contribute to national food security supply and reduce importation as well as poverty in fishing communities. 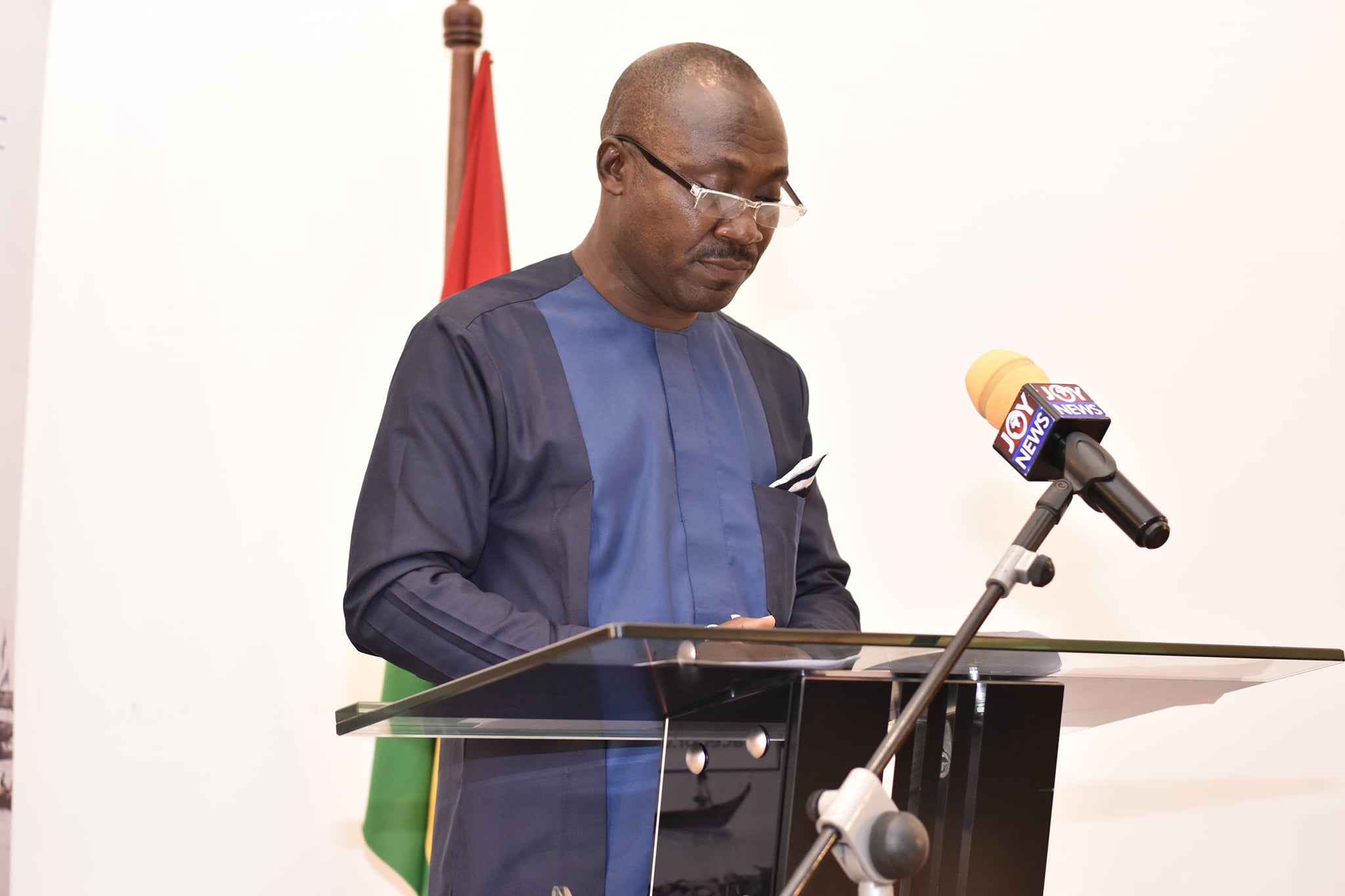 Director of CCM, Prof. Denis W. Aheto, giving the purpose of the programme

Prof. Aheto pointed out that over the last two decades, the fisheries sector in Ghana had seen a steep decline in output especially in the artisanal sector and small pelagic fisheries that made up the largest share of the local fish catch. “The decline is as a result of open access to fisheries resources including illegal unreported and unregulated fishing, excess capacity across industrial and artisanal fishing fleet leading to overfishing and decline fish in the overseas and inland water bodies”, he noted.
On the coastal front, he mentioned illegal sand wining, pollution, haphazard coastal development, oil and gas exploration activities as some of the factors causing the inability to optimize the full benefit of coastal and marine resources of Ghana.

The representative of the CPP, Mr. Osei Kofi Acquah, who is also the National Organiser of the party said though their manifesto was yet to be unveiled, they had highlighted a number of initiatives to develop the fisheries and coastal sectors of Ghana’s economy. He noted that his party would promote aquaculture, protect water bodies in the country, give soft loans to fisher folks. He added that a conscious effort would be made to fight illegal gold mining which had polluted water bodies; protect the territorial waters and ban illegal fishing. 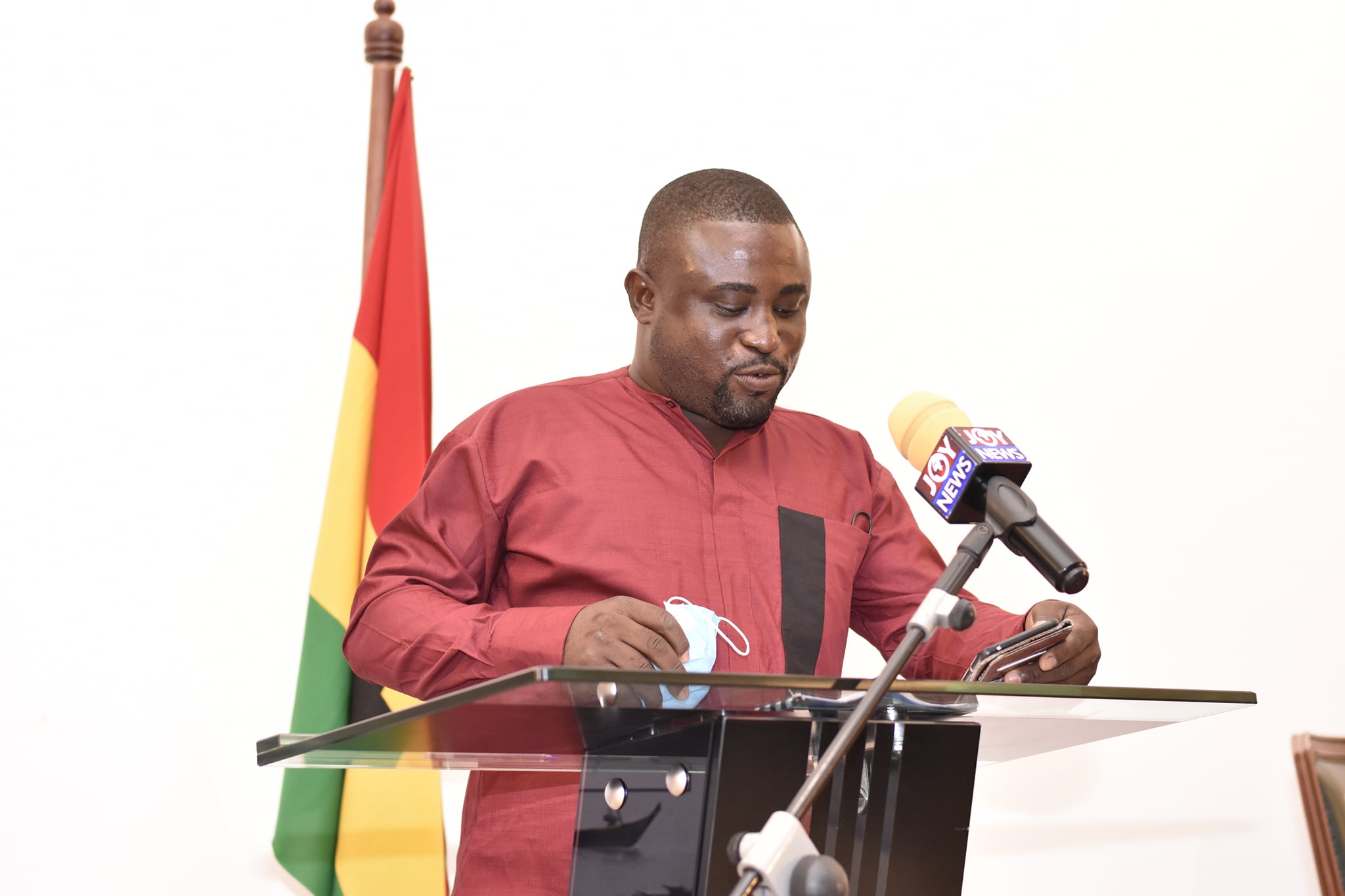 Taking her turn, the former Minister for Fisheries and Aquaculture Development, Ms. Sherry Ayitey announced that as soon as her party was voted into power, they would organise stakeholder meeting with relevant bodies and association to take a critical look at the Fisheries Act of 2000 to make it practical for artisanal and industrial fishing. She promised that the NDC would complete the Anomabo Fisheries College which was to be a satellite campus of UCC.

Other interventions Ms. Ayitey said the NDC government would make include purchasing a research vessel to monitor the activities of the industry, invest in aquaculture, production of fingerlings; empowering the Navy; introducing coastal guards to improve monitoring of the coastal lines, and building the capacity of the fisheries commission to empower fisher folks. 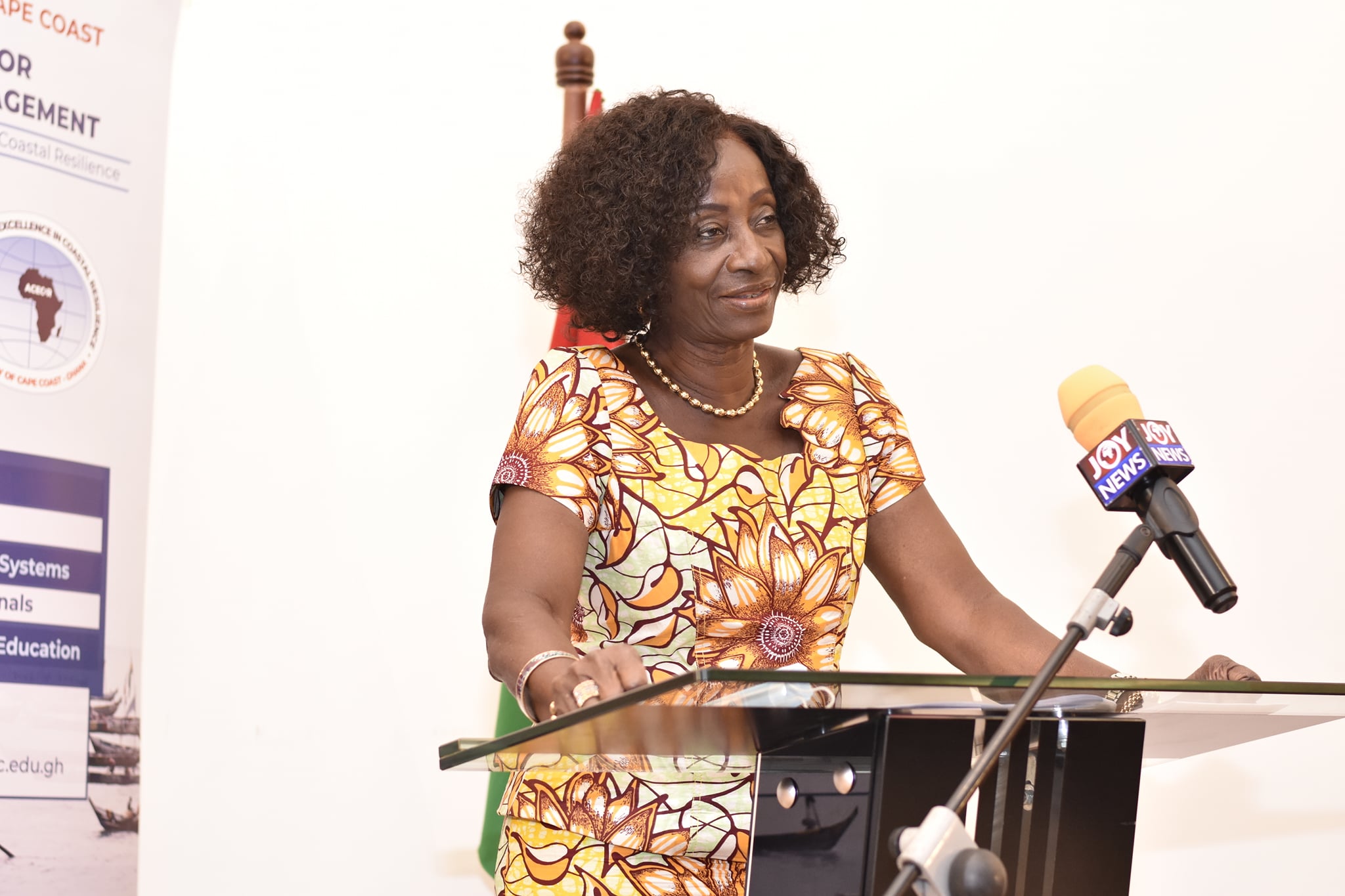 On his part, the Deputy Minister for Fisheries and Aquaculture Development, Mr. Ato Cudjoe, noted that the NPP government would continue to initiate policies and programmes which were ongoing to halt the decline of fish stocks, especially the pelagic fish.   He indicated that under the current NPP government, the fishing industry had generally remained stable adding “No government since independence has invested so much in the fishing sector than the NPP”. 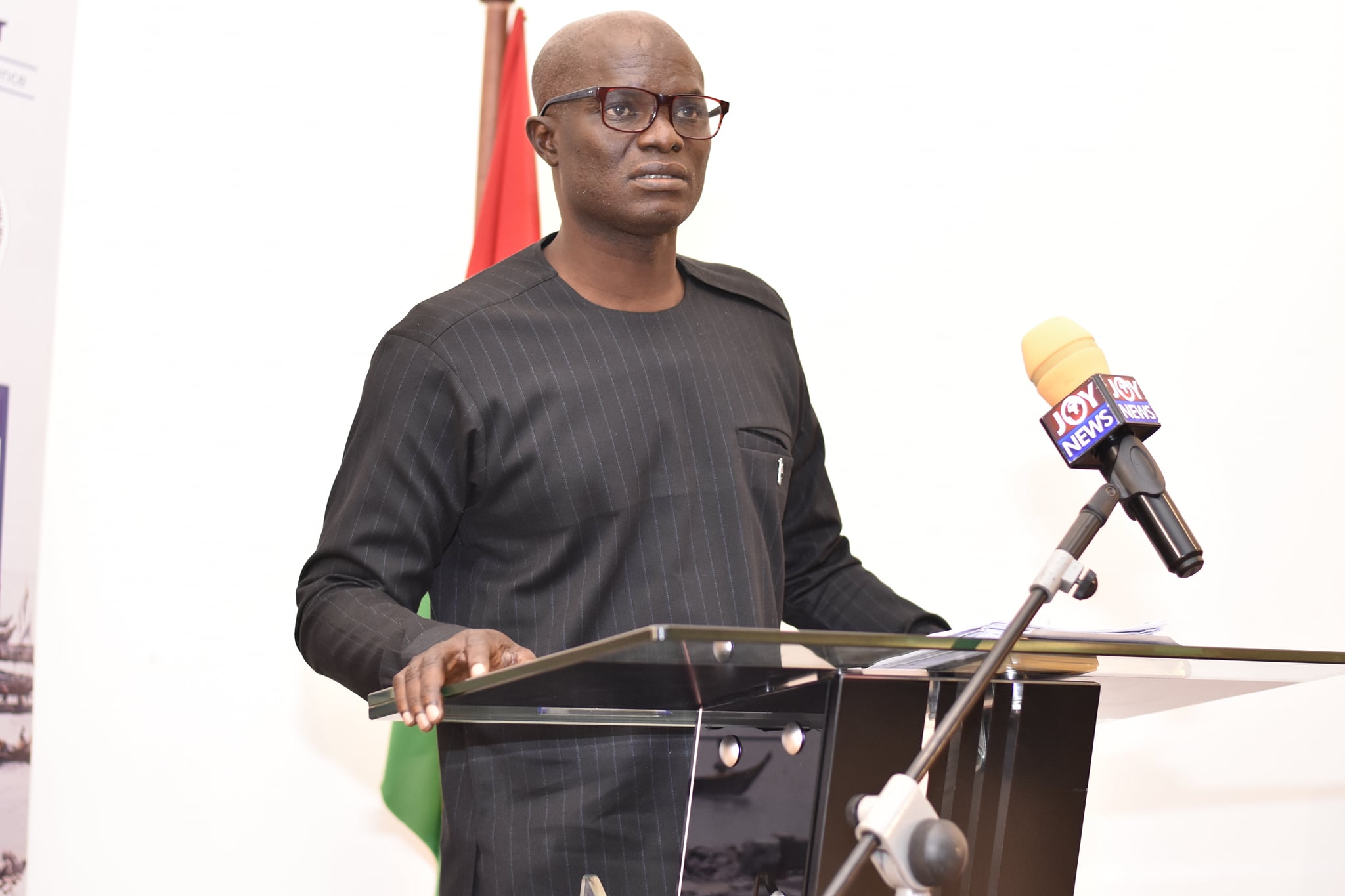 Mr. Cudjoe said the government was running programmes and undertaking projects to revamp fishing sector by transforming the infrastructure component of the industry including the construction of 12 landing sites across the country. He mentioned that the following projects were under construction; two fishing harbours (Elmina and James Town); rehabilitation of public hatcheries, introduced Aquaculture for Food and Jobs; construction of108 ponds and 11 cages in 13 regions and 25 institutions across the country. Additionally, he said patrol boats had been procured for the Navy and Marine Police, biometric canoe identification card to address overcapacity in the artisanal sector had been introduced, hygienic ovens had been provided to fishmongers to enable them to export their smoked fish; provision of outboard motors, nets and uninterrupted supply of premix fuel to fisherfolks to boost their trade.

The PNC Chairman, Mr. Bernard Mornah, noted that Ghana used to be the fourth-highest country in tuna production and therefore, his party would revamp the business and reposition the country as the first in the world. He indicated that his party would promote aquaculture; introduce policies to preserve the ecosystem; revive the erstwhile Fishing Corporation and build capacities of fisher folks. 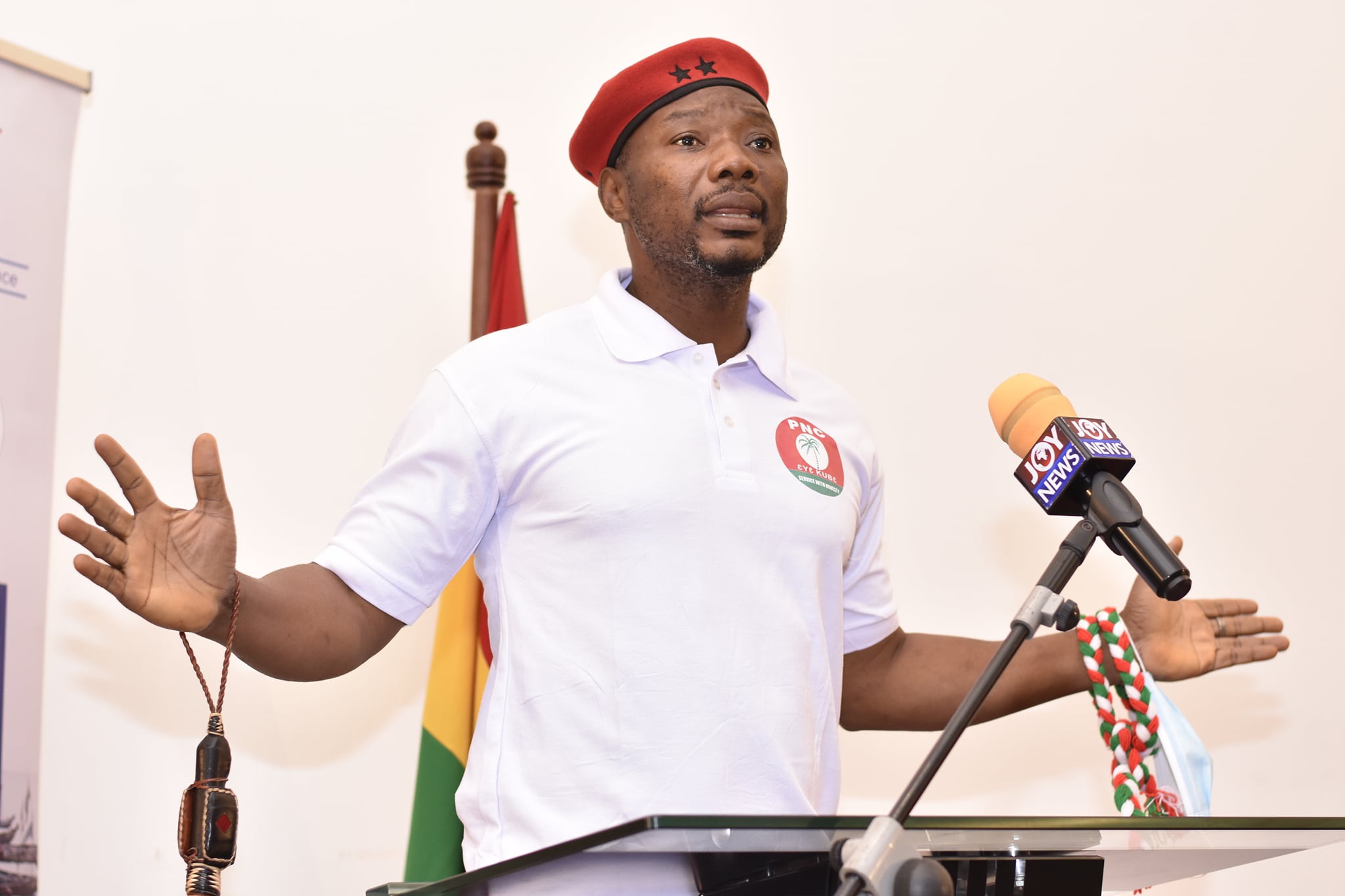 Chairman of the PNC, Mr. Bernard Mornah, outlining the PNC's manifesto for the fisheries and coastal sectors